Karm Yog requires detachment from the fruits of actions. 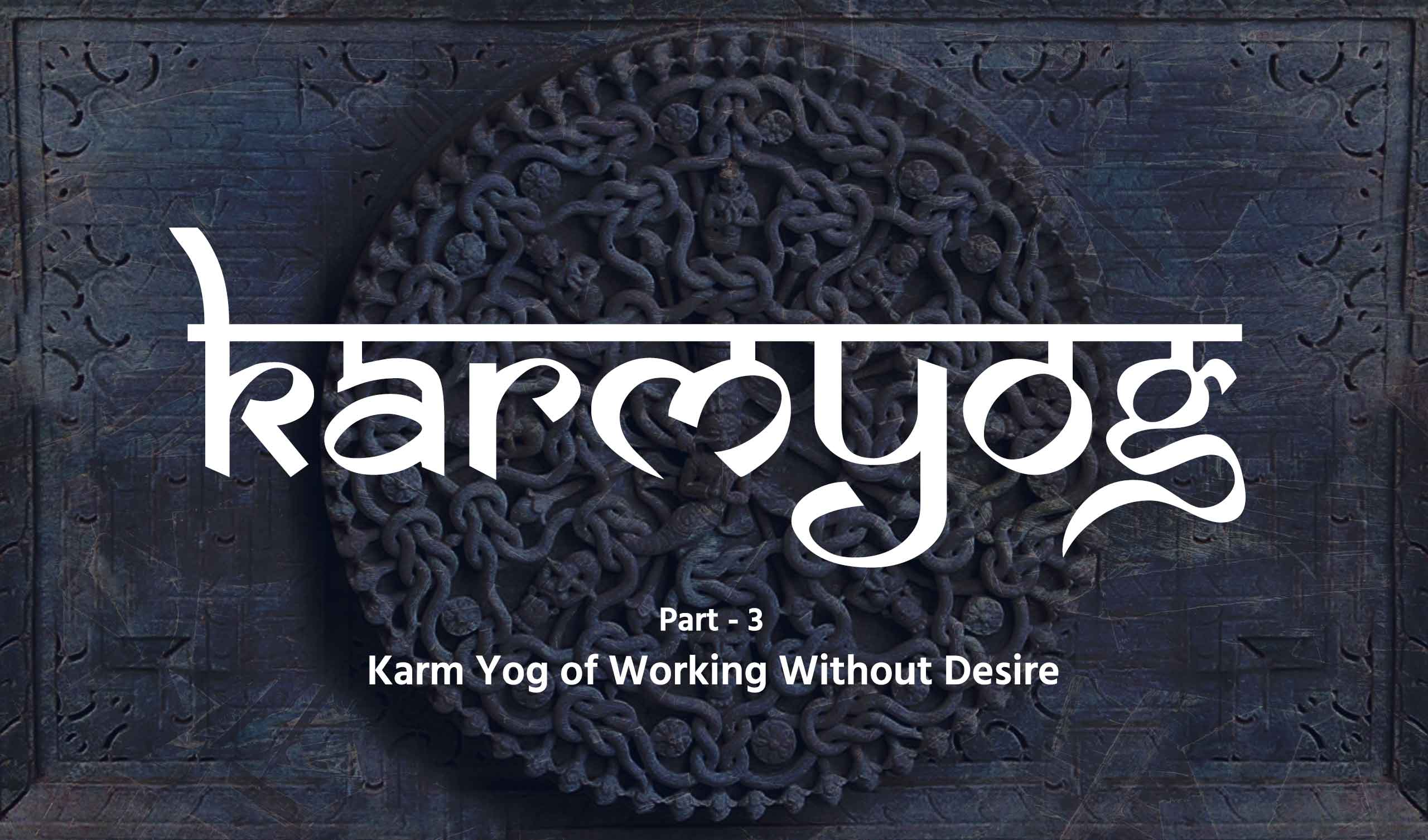 Karm Yog requires detachment from the fruits of actions. Such detachment comes by practising discrimination with the intellect. Hence, Shree Krishna has interestingly called it buddhi yog, or “Yog of the Intellect.”

Having motivated Arjun from the mundane level, Shree Krishna now moves deeper into the science of work. Arjun had expressed his fear that by killing his enemies he would incur sin. Shree Krishna addresses this apprehension. He advises Arjun to do his duty, without attachment to the fruits of his actions. Such an attitude to work will release him from any sinful reactions. When we work with selfish motives, we create karmas, which bring about their subsequent karmic reactions.

In either case, we get bound by the reactions of our karmas. Thus, mundane good deeds are also binding. They result in material rewards, which add to the stockpile of our karmas and thicken the illusion that there is happiness in the world.

If we give up selfish motives, then our actions no longer create any karmic reactions. For example, murder is a sin, and the judicial law of every country of the world declares it to be a punishable offence. But if a policeman in the discharge of his duty kills the leader of a gang of bandits, he is not punished for it. If a soldier kills an enemy soldier in battle, he is not punished for it. In fact, he can even be awarded a medal for bravery. The reason for the apparent lack of punishment is that these actions are not motivated by any ill-will or personal motive; they are performed as a matter of duty to the country. God’s law is quite similar. If one gives up all selfish motives and works merely for the sake of duty toward the Supreme, such work does not create any karmic reactions.

The intellect must be used to restrain the mental yearning for the rewards of work. By acting in such consciousness, bondage-creating karmas will be transformed into bondage-breaking karmas, and a person will attain the state beyond sorrows. In the 40th shloka of the 2nd chapter of The ‘Bhagavad Gita‘, Shree Krishna says,

The very primary principle of Karm Yog is to work without desire. But, if we give up desire, how can we do any work at all? All work begins with a desire to achieve the results, and if there is no desire, there will be no work either.

Desire is very basic to the nature of the soul, just as heat and light are basic to the nature of fire. A state of desirelessness is as impossible for the soul, as is the state without heat and light for the fire. Now, Karm Yogis stop desiring for their own happiness, but that does not mean that they become desireless. They desire to love God, to please Him, and to attain Him. This spiritual desire to serve Him is the motivation behind all their tasks.

Since their work is for the pleasure of God, they are not attached to the fruit of their work. They always put their best foot forward in every task. If their best efforts fail and do not receive the fruit of labour, they remain undisturbed, for they accept it as the will of God.

On the other hand, if their work was motivated by personal interests, if the desired result is not achieved, they will get disturbed. So the acid test whether our desire is for the service of God or for self-gratification is our response to lack of success. If we are disturbed, it will mean that there was self-seeking in it; if we calmly accept it and continue working with enthusiasm, it is an indication that we wanted the fruits for the pleasure of God.

Karm Yog - Should I be a Sanyasi? – Swami Mukundananda

[…] our previous discussion about Karm-Yog and working without desires, many intellectuals debate hard on which path is the best one to […]

Beautiful explanation by Swami Mukundanandaji about the philosophy of Karm-Yog.
Bhakti (devotion) cannot be used to fulfill any desire, being itself the check to all desires.