True Love cannot survive without the highest and most desired virtue of Tolerance. In every relationship, whether it be worldly or spiritual, the one attribute to make the relationship successful, is tolerance.

Nav:Home/blog/Gopi Geet Episode 2 – The love of the Gopis 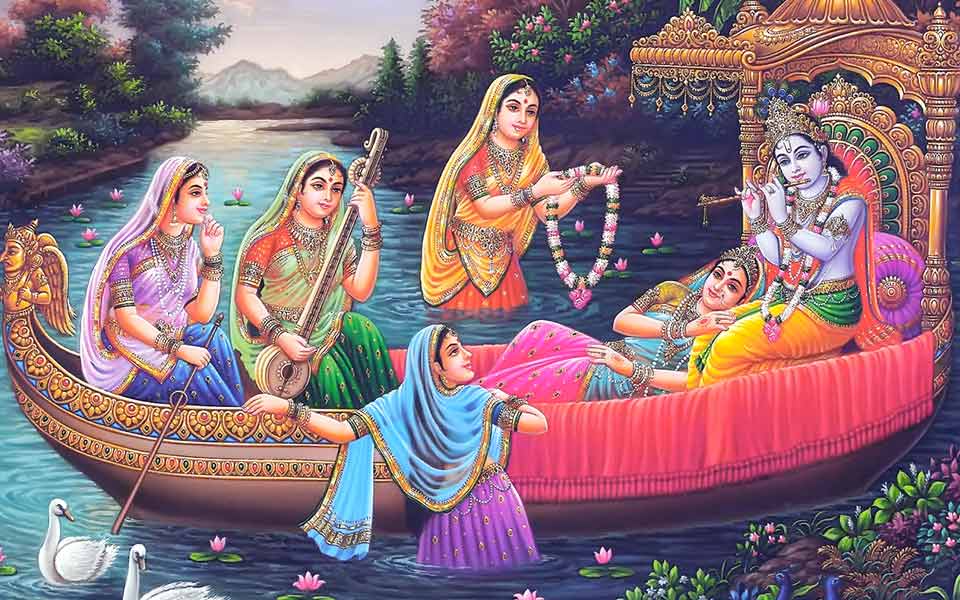 The Love of the Gopis

The path of love (prem marg) of  the Gopis is not the path of desire or worldly enjoyment but the path of renunciation and restraint, it is the path of sacrifice, patience and control of the senses. The Gopis experienced the “rasa” or the supreme bliss of Shree Krishna but they also had total control of their senses (Indriya–nigraha) and tolerance.

True Love cannot survive without the highest and most desired virtue of Tolerance. In every relationship, whether it be worldly or spiritual, the one attribute to make the relationship successful, is tolerance. For example, Parents need forbearance and patience when they raise their children. At work, we need patience when dealing with our bosses and colleagues. At home we have to endure a lot to keep the love and harmony of the family unit intact.

When walking the path of Bhakti, this same patience and tolerance needs to be developed to an extraordinary degree. The object of our love, our beloved Sri Krishna will test this forbearance and patience to a breaking point by his contrary behaviors.

Radha Rani says Shyamsundar’s behavior is sometimes very contrary and mystifying. The demon King –  Bali who had sacrificed his all for the Lord, was sent to the netherworld, bound in ropes by the Vamana Avatar of the Lord. In the Ram Avatar, the monkey King – Baali was killed by the Lord in hiding.  Shoorpnakha had her ears and nose cut off when she professed her love to Lord Ram. Despite all these contrary odd behaviors, He is so lovable that Radha Rani says there is no option but to love and adore him with all her heart. “For me, there is no one but him!”

The purpose behind the Divine yet contradictory pastimes of the Lord

One might wonder, as to why God behaves in such an incomprehensible manner? He does this not to simply toy with our feelings, rather he intends to increase the Rasa i.e. sweetness of blissful nectar, in the Devotee’s loving relationship. Afterall, He is Rasik Shiromani!

The true devotee accepts contrary behaviors of God also as his grace and does not falter from his path of devotion. Instead he becomes steadfast in his love, till it grows to a stage where he is fully absorbed in the Lord’s lotus feet.

The litmus test of the highest love is when your beloved gives you every reason to destroy your sentiments but instead of extinguishing, the love keeps growing in intensity. Such kind of genuine love is the highest form of devotion, as it involves the absolute annihilation of selfish desires and becomes nishkaam prem or selfless love. This nishkaam prem is the epitome of love.

Bhakti i.e. the path of love, might look easy to the casual observer but given the trials and tribulations involved, it is the most difficult and arduous path  to follow in reality. It is equivalent to walking on the sharp edge of a sword. It is like a river of fire that the devotee has to immerse himself in, before he can reach the shores of God realization. On hearing of this difficult and painful path, one who is immersed in this materialistic world and fully engrossed in maya becomes frightened. But the true devotee who is walking on this path, experiences the bewitching nectar that is obtained on this path of love. This path requires restraint of the senses, sacrifice, infinite patience and rigorous discipline to render service to our divine beloved. When we truly love God, all these virtues require little or no effort, because love will automatically bind us in that discipline. Every little service we perform towards God requires discipline of the heart and mind. Thus, Love finds expression in many small ways.

The purpose behind the Divine yet contradictory pastimes of the Lord

In the Maharaas, the Gopis experience infinite divine bliss, while dancing alongside their beloved Shree Krishna. However, Jagadguru Shree Kripalu ji Maharaj says despite the divine intoxication, Gopis are singing in the perfect rhythm, keeping perfect steps and all this can be attributed to their sense control.

If the Gopis had such great control over their senses, then why did they experience the pain of separation from their beloved? Why did they cry out in despair for Krishna?

Comprehending the context of the Gopi Geet

To fully comprehend the love and emotions of the Gopis, is beyond the ability of human intellect. We can only attempt to understand the glimpses of a few divine vibrations of this perfect love.

The Gopi Geet was composed when the Gopis experienced intense pain of separation from Shree Krishna, when He left the Gopis in the middle of the Maharaas.

Krishna used to call out to the gopis by playing his flute. The flute is unlike any other instrument. It does not work by percussion or beating. The flute is played by breathing the life force into it, so there is no better instrument than the flute, to express the inner feelings of the soul. Hence, it was through the flute that Shree Krishna expressed his heartfelt desire for love and happiness from the Gopis. The Gopis understood this plea of Shree Krishna. Realizing this as an opportunity to serve their beloved, they rushed to give him happiness. Hence, when Shree Krishna went out of sight, the Gopis were anguished because they realized that this separation meant that Shree Krishna is deprived of his desire to be served by the Gopis, resulting in his distress. The thought that their beloved Shyaamsundar is unhappy and they are not able to serve him, caused them great anguish and pain.

It is said that when the pain of separation becomes extreme, the person can even die due to a cardiac arrest. However, the Gopis did not want to sacrifice their lives because they knew that if they give up their lives, then Shree Krishna will be accused for the same. This was testimony to the fact that the Gopis did not care about their own lives but they could not bear the thought of staining Shree Krishna’s devotion.

Just like the pressure cooker releases steam to remain stable and not burst by withholding too much pressure, similarly, the Gopis cried out in pain of their separation from Shree Krishna, for some relief. These utterances of the Gopis, arising from the depths of their hearts, is the Gopi Geet.

Unique.Unable to express satisfaction.To be realised only

Technology for Mind Management In the physical realm of life, all our endeavours are directed towards ...