The Thirst for God 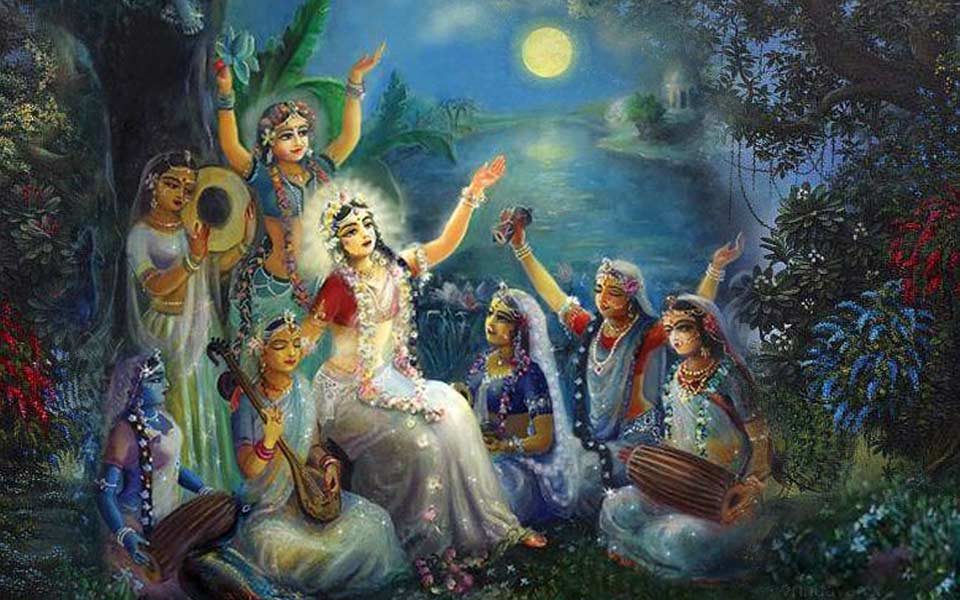 In the last edition, we saw how Shree Krishna had disappeared from the Maharaas as pride had penetrated the hearts of the Gopis. The one thing that God hates the most is pride. The Gopis had committed a huge discretion as they had started looking unto themselves. The path of divine love holds no place for the ‘I’.  Saint Kabir elucidates this perfectly when he says,

“When ‘I’ was there, there was no God. Now that God is in my heart, there is no place for the ‘I’.  The street of love is very narrow. Both God and ‘I’ cannot reside together.”

On this path of devotion thirst for God is one of the most integral aspects. This thirst had ceased to exist in the Gopis and that is why they became proud of themselves. Once a devotee told Shree Krishna, “O Lord, you adorn the same peacock feather everyday. I am bored of your look. Please change it!” Upon hearing this Shree Krishna sent him away from Golok. The devotee now started to yearn for a glimpse of that same peacock crown. Few days later Krishna called him back and enquired, “Are you enjoying now?” Having darshan of the peacock crown after long yearning, the devotee exclaimed, “Yes Maharaj, absolutely. This is the sweetest form ever!”

Even in the world there is no ras (bliss) in consuming the best of Gulab Jamuns if one is not hungry. For instance, you go to your relative’s house and your aunty keeps forcing you to eat more and more. Now,  rather than bliss you experience displeasure! In the divine realm there is a constant tiff between thirst and satisfaction. The devotee yearns to love and serve God more and more. And then at one point the devotee feels satisfied. Again after some time the devotee yearns for the Lord.  By virtue of God’s Yogmaya power this cycle continues for infinity. In the world the Law of Diminishing Returns might apply but in the world of the divine, there is no satiation at all. There is only ever increasing thirst for God. Thus, to increase the thirst of the Gopis Shree Krishna left them and walked away with Radha Rani!

Once the divine couple departed, the Gopis started yearning for them.  There are different sentiments in love. In ‘milan‘ (union) with the beloved the sentiment is ‘You are mine’. This was seen in Saint Soordas. When Krishna dropped his stick and ran away laughing he said,

“There is nothing, great in leaving a blind old man and running away. If you are a man enough, try to run out of my heart!”

This is where we can challenge God but in separation one is humbled. The devotee says, ‘Please grace me. I am your servant.’  The Gopis too state:

“O conqueror of our hearts, we are your unpaid servants.”

In this deep separation, the Gopis attain Samadhi (divine trance). They have now become Krishna. They’ve reached a state of complete union. One Sakhi enacts to be Krishna’s friend. The other Sakhi enacts to be Krishna. And few others start depicting various leelas such as Putna leela etc. A whole different unique Samadhi is being experienced here.

On the other hand Radha and Krishna were walking away when Radha ji thought that it would be unfair if she alone relished all the bliss of Krishna while her sakhis were crying there. To end the miseries of her sakhis, Radha ji pretends to be vain and saiys, “Krishna I am feeling a little tired.” Shyam Sundar asks if he should press her feet. Radha ji says, “No,  this time I want you to carry me.” Krishna understood what Radha ji wants and in order to fulfil her desire he disappears. Now Radha ji also starts experiencing the viyog (separation). Even she is weeping and longing for Shree Krishna’s darshan. Meanwhile, the Gopis are following the footsteps of Radha and Krishna in search of them. They can see that up to a distance there are two sets of footsteps but suddenly one set vanishes.  Gopis now make a guess that Shree Krishna has left Radha ji also and their doubt is confirmed when they find Radha ji in a state of utter dismay. After much consoling from the Gopis, Radha ji gathers some courage and narrates what had happened and how Shree Krishna had left her as well.

“The Gopis again came to the bank of the Kalindi. Meditating on Shree Krishna and eagerly hoping he would come, they sat down together to sing a song glorifying his virtues and pastimes.”

A natural question that arises is how did all the Gopis sing the  Geet at once? Different people have different takes on it. Sridhar Acharya was of the view that 19 Gopis had sung the Geet. Each one sang one shloka. Few others presented that in the divine bhav they all synced in with each other and voiced out the same song. Just like sometimes we find that two people are asked to write a poem on a lake and they write down similar poem. How was this possible? This was possible because their bhav (sentiment) was the same.  A similar scenario had taken place here as well.  But at the end of the 19 shlokas,  Shukdev ji states,”In this manner,  the Gopis sang various songs to please Shree Krishna.” This only depicts that these were just a few samples of the songs that the Gopis had sung.

Broadly speaking there were two classes of Gopis – Sambandh Aatmika and Kaam Aatmika. Sambandh Aatmika Gopis were the ones who had a relationship with Krishna. This included Nand,  Yashoda etc. They served Krishna only because he was their son. The second type of Gopis were the Kaam Aatmika Gopis. Their only desire was to serve Krishna. They did not care whether or not they had a relationship with him. Both of these put together were called the Raag Aatmika Gopis. Under the Raag Aatmika come the Raaga Anuga Gopis. This refers to the devotees whose Sadhana had reached a state of God realisation. They got the very first chance to take part in the pastimes of the Lord. This is also the path we all follow! Similarly under Sambandh Aatmika comes the Sambandha Anuga and under Kaama Aatmika comes the Kaama Anuga. Out of these the Kaam Aatmika and the Kaama Anuga Gopis got a chance to partake in the nectar of the Maharaas.

Even under Kaam Aatmika,  there were two types – Sambhog-echhaa-mayi and Tattat-bhaavechaa-mayi. Now, Sambhog-echhaa-mayi Gopis desired to experience the bliss of Krishna for their happiness. Tattat-bhaavechaa-mayi refers to selfless Gopis. They wanted the happiness of Shree Krishna and nothing else. Thus even in Kaam Aatmika,  only the Tattat-bhaavechaa-mayi and their followers got an entry into the Maharaas. These selfless Gopis can also be further classified into Sakhi,  Nitya Sakhi,  Praan Sakhi, Priya Sakhi and Param Preshta Sakhi. These were classified based on the extent of selflessness. We too hear of selflessness, that we should desire in accordance with the will of God! But the level of surrender and selflessness these Gopis had was incomprehensible. The material mind is incapable of fathoming such an extent of divine true selfless love! Therefore the Gopis sang the geet according to their level of selflessness. And this has been explained by Shukdev ji to Parikshit Maharaj for his welfare and for our welfare. This is the glory and efficacy of the precious gem of devotion – The  Gopi Geet.