Self-Control and Will Power Through Meditation 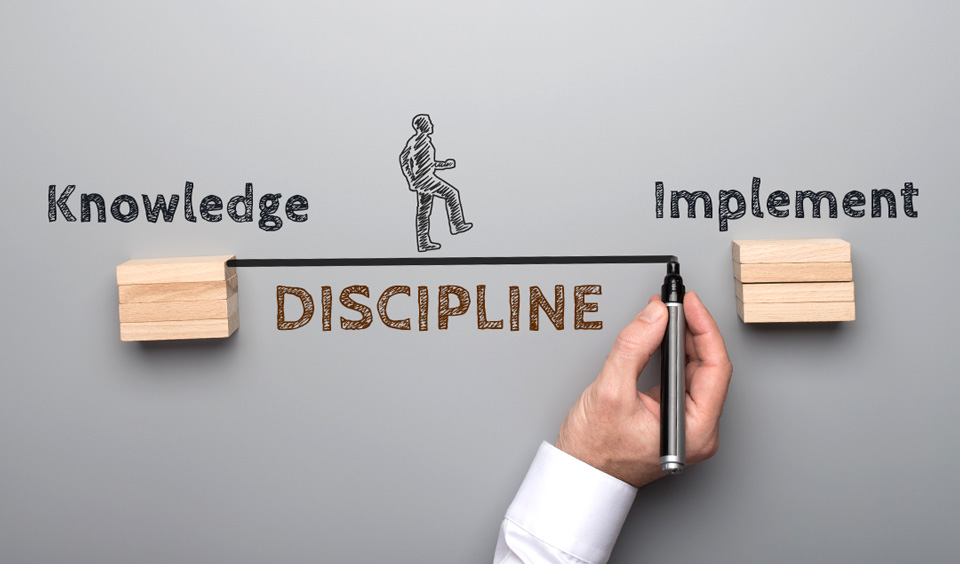 It is said, “Good ideas are a dime a dozen.”  Though we may have many great ideas, they are not worth a broken nickel until we implement them.  We may have the knowledge of all the libraries of the world in our head, but if we don’t utilize it, that knowledge is really no help to us.  So, the gap between knowledge and its implementation is bridged by one word called — ‘discipline.’  On the 17th day of the Happiness Challenge, let us ponder over the importance of discipline and self-control in our lives.

In the 1950s, a researcher in Stanford called Walter Mischel, did an experiment to study the self-control of four-year-old toddlers.  His experiment was ingenious.  He would leave the child in a room by itself with a sweet in front after telling the child, “If you like you can enjoy this sweet, but if you hold on for twenty minutes, I will come back, take this away and give you two sweets instead.”  For some of them it was a no-brainer.  There is a sweet, it is the source of pleasure, and there is nothing to think about—eat it.  Some children held on for two minutes, but then succumbed and ate it.  Some children held on for seven to eight minutes.   Some children continued holding on for the full twenty minutes and were rewarded with two sweets.

Many years later, the study was continued to find out how the children had been performing in life.  Some very interesting facts came out.  It was discovered that the children with maximum self-control were excelling in studies as well.  They had better physique—they were not plump, and they were better at interpersonal relationships because they could control their emotions and their moods.  They were having less disrupted marriages or lost jobs and practically no criminal conviction.

On the other hand, the children who were at the lowest end of the spectrum, without self-control, had been getting into all kinds of problems.  They were dropping out of their college, losing jobs, having broken marriages, and many of them had repeatedly visited the prison as well.  This led to the interesting observation that the one important factor that correlates to success in every field of human endeavor is self-control—discipline based on the virtue of willpower.

Social researchers further analyzed this, and they discovered that proficiency in any field of human activity is directly correlated to two virtues of the personality.  One is the intellect and the second is the willpower.  Now, the intellect is somewhat innate—there is not so much one can do to expand it.  But willpower is something that is very much in our hands.  And this is also the attribute that is tested to the maximum in modern times, because our ancestors, a few centuries ago, did not have as many willpower tests as we do.

Nowadays, we may be working in our office on the dreary task of preparing the memo for our boss, but at the mere click of a mouse, we can take our mind away to surf the internet.  So, in the days of social media, internet, video games and television channels—the challenges to willpower have multiplied greatly.  Now, as grown-ups what can we do to enhance our willpower?

Fortunately for us, willpower too grows with exercise, like the muscles do.  For example, if we engage in typing, the portions of the brain required for typing keep on adding the gray matter.  Similarly, this willpower comes from the prefrontal cortex of the brain, and the more we exercise it, the more it develops.  Thus, willpower too can be enhanced with exercise, and the best exercise for enhancement of our self-control is meditation.

Meditation entails avoiding distracting thoughts though they may be pleasurable, and keeping our focus on the object of meditation, though it may be painful.  Studies have revealed that in a three-hour meditation session, the functioning of the brain changes, and in eleven hours of meditation the brain activity transforms completely.  So, let us utilize the tool and grow in our self-control and willpower to increase our proficiency in all fields of human activity.  If we are not already meditating, let today be the day when we launch ourselves on this wonderful journey.