The Power of Inspiration and Enthusiasm 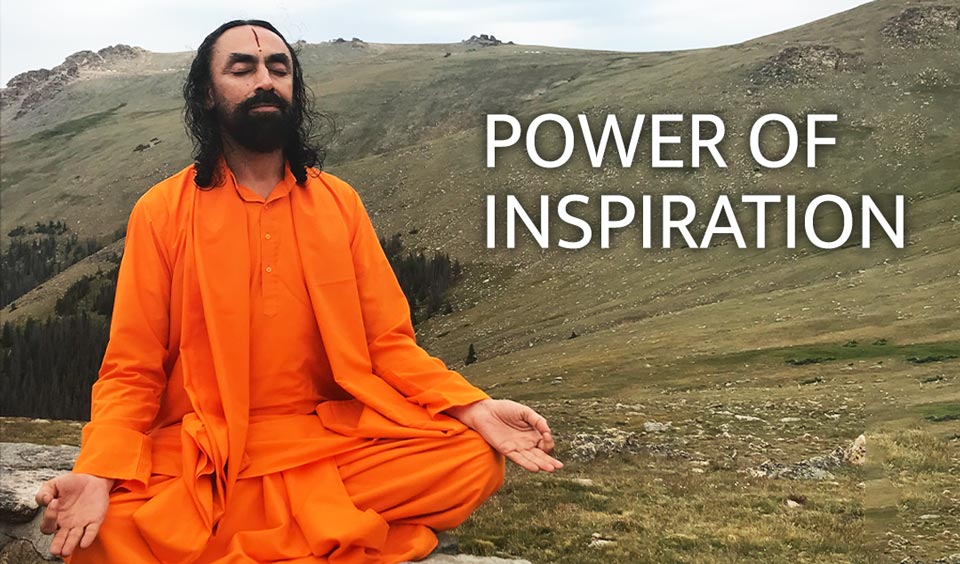 It is said, “Don’t count your life in the number of breaths that you breathe.  Count it in the number of moments that took your breath away.”  How do such spectacular and rich moments come into our life?  They happen with this ingredient called inspiration.  Inspiration is the fuel that burns within us and powers us to bring our best talents and abilities to bear upon the work at hand.  On the 15th day of the Happiness Challenge, let us discuss the secret of an inspired life.

During his summer break, one school boy applied to the nearby mall for a job.  He was invited for the interview, but upon reaching there, he discovered that he was the 21st kid in the line.  However, he was motivated to get the job.  So, he scribbled a note and placed it before the receptionist.  He said, “Madam, can you please give it to your manager sitting inside?”  The manager read what the boy had written and decided, he is the one who deserves this job.  The boy had written, “Sir, I am the 21st kid in the line; decide nothing until you see me.”  In those words, the boy had expressed his enthusiasm.  Enthusiasm or inspiration is that inner ingredient that brings out the best in us.

When we are equipped with this virtue of motivation, we become practically unstoppable, as was Mr. Soichiro Honda, the founder of the worldwide Honda automobile empire.  Mr. Honda was not born with the proverbial golden spoon in his mouth.  Rather, he came from a lower-middle-class family.  When Mr. Honda was in engineering school, he created a new design for piston rings and suggested it to the Toyota Corporation.  They placed an order with him and extended the capital for him to set up his plant.  However, when his factory was constructed, an earthquake in Japan levelled it to the ground.

Mr. Honda was not discouraged, and he decided to remake it.  But by then Japan had entered World War II and cement was being diverted for the war endeavor.  Mr. Honda’s enthusiasm made him come up with a new technique for making cement, with the help of which he remade his factory.  However, by then, America had also entered the world war and their bombers bombed his factory.  Mr. Honda was still not discouraged.  He utilized the gasoline tanks thrown by the bomber planes to reconstruct the factory once again.

When the production was ready to begin, Japan lost the world war and along with its all its colonies.  Fuel was now in short supply.  People did not have the fuel to drive their cars, then where was the question of Toyota purchasing his piston rings?  Mr. Honda was driving his bicycle when he had a brainwave.  He added a motor to it and drove it around the neighborhood.  His neighbors were fascinated and requested him to do the same for them.  When he did it for 13-20 people, he realized that he had a marketable idea there.  But he did not have the money.  So, he procured a list of eight thousand bicycle stockists of Japan and personally handwrote notes to five thousand of them.  Eighteen hundred extended the capital, with the help of which he made his first motorcycle called the ‘Super Cub’ and subsequently he started manufacturing his motorcycles.

In his lifetime, the Honda Corporation employed a hundred thousand people worldwide.  And today, it has gone way beyond.  That quality of inspiration was so vital to Mr. Soichiro Honda’s success in his work.  That is why, H.W. Arnold said, “The worst bankrupt in the world is the man who has lost his enthusiasm.  Let a man lose everything else in the world but his enthusiasm and he will come through again to success.”

So, on the 15th day of the Happiness Challenge, let us think of how we can inspire ourselves and how this added fuel of enthusiasm, will help us improve the quality of our work and assist us in our endeavor to be better people.