How Guru Dispels the Illusion of Maya

Day-21 LTP Challenge: Share one gem of wisdom that touched you the most and why?  How do you plan to practice it in 2021? 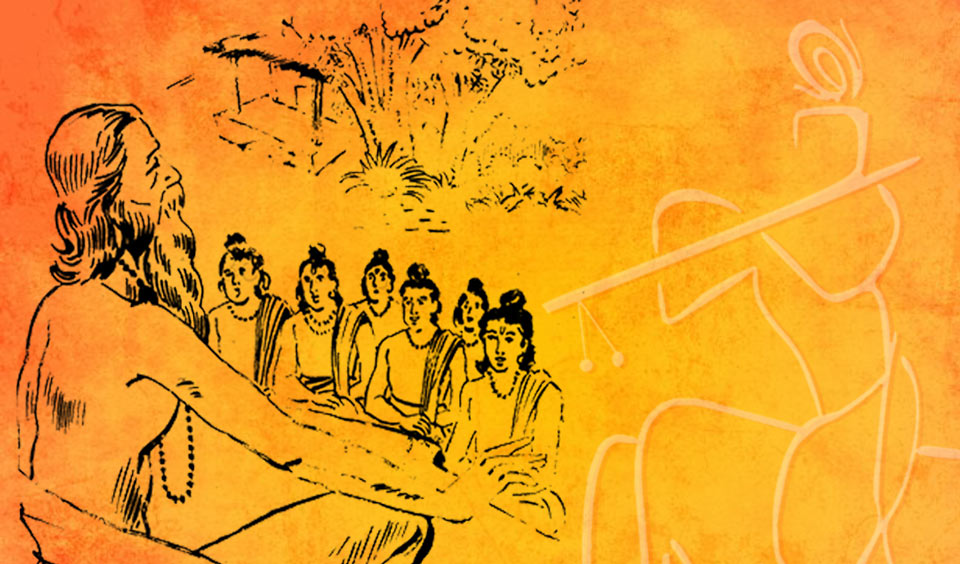 Living in this world, we are subject to many afflictions and infirmities—greed, desire, anger, hatred, envy, illusion, and the like.  The root cause of them is put forth by Veda Vyas, the  great writer of the Mahabharata and 18 Puranas, who said, “It is the ignorance within  that makes us forget we are divine souls, and puts us in all kinds of illusion.”

How will we dispel this ignorance?  We are assuming that we are striking ignorance in various ways, but is it so?  For instance, we earn varieties of degrees, and yet the ignorance does not go.  Consider an example of an interesting conversation between two friends—One man said, “I am a D.Litt. (Doctor of Literature).”  She said, “Really?  But I think you are less intelligent.”  So, this man said, “What do you mean less intelligent?  I will pull your tongue.”  She immediately said, “I am sorry, I am mistaken.  You are ‘sarwagya’—all-knowing.”  But on being addressed as all-knowing, he felt embarrassed.  So, in this case, if he is not all-knowing, he is less intelligent.  But why did he become angry?  And if anger rose, then where is the knowledge? We would have considered him to be knowledgeable if his response would have been like the Buddha.

To emphasis this point, let us consider a story related to the Buddha.  One man came to Buddha and started heaping abuses and libel upon Him.  But the Buddha calmly kept listening.  After an hour, this man became exhausted and he stopped.  Gautam Buddha asked his disciples, “He seems to have become enervated.  Give him a drink of water and feed him so that he recovers his energy and begins again.”  Upon hearing this, that man was astounded and said, “Sir, are you made of wood or are you made of stone?  I said so much to you.

You did not even complain that what did I spoil of yours?”  The Buddha said, “Look, if you gift something to a person, and he does not take it, where does the gift remain?  With the giver.  In the same way, whatever you gave, I did not receive it.  That was my choice.  It is still with you.”  Therefore, for the Buddha, we can say that His ignorance was destroyed.  But by chance if someone says to us, “You are a donkey.”  This can increase the temperature within us—that means we are still not in knowledge.  So, how will we gather knowledge?

Veda Vyas again says, “The ignorance is in the intellect, and that is why the intellect by itself cannot move into knowledge.”  Consider a hilarious story.  There was once a cowherd boy.  He used to milk his cow, and while doing it, he would observe the cow’s horns.  The cow’s horns were drooping and hence, there was a triangular gap between the two horns and the top of the head.  The boy would think, “Can my head go through the gap, or can it not?”  After one year of milking that cow, finally the curiosity got the better of him and one day he thought, “Let me give it a try.”  So, he caught the cow’s horns and pushed his head in.

It did go through, but the cow became startled, and started lifting its feet.  Now, the pressure came on his throat and he screamed, “I am going to die, help me, help me.”  The villagers came and caught the cow and extricated this boy from there.  They asked the boy, “How indiscriminate you are!  Before doing such an act, did you not think?”  He said, “Who says I did not think. I was thinking for one year and then I put my head there.”  Thus, he was thinking for such a long time, but what was the use of that thinking?

Similarly, Veda Vyas says, “Look, it is in your intellect itself that the ignorance resides and that is why, you need the help of an enlightened teacher or Guru to lift you up from there.”  What does this word “Guru” mean?  “Gu” means darkness and “ru” means to dispel.  That personality who dispels the darkness of the ignorance within us and brings us to the light of divine knowledge is the “Guru.”

Even in the material realm, whatever we learned was from the Guru.  For example, in our childhood, when we went to school and learnt the English alphabets, the teacher made a shape, and said, — “This is ‘A’.  All students say ‘A.’”  We too said, “A.”  And the same was repeated for the rest of the alphabet.  In other words, we surrendered our intellect to the teacher and that is how we were able to learn.

So, in the spiritual realm as well, the scriptures inform us that if we want divine wisdom, we need to approach a true Guru, surrender our intellect to him/her, and do our spiritual practice in accordance with his/her guidance.  Like for example, we go to a doctor and say, “Doctor, I have got this problem and that problem, and this ailment.”  The doctor says, “All right.  Now let me use my intellect.”  He analyzes, gets our medical tests done, and checks the reports.  Then says, “All right.  This is the problem.  I have diagnosed it.  Now do as I say.  Take this medicine.  Put two drops in one tablespoon of water and take three times a day.  You will be cured within two months.”

If we start using our intellect and think, “The doctor said that — I have to take it over two months.  What if I use it all today itself?  I will get cured right now.”  If we ask this option to the doctor, then he will say, “Look it is not going to work.”  So, we surrender our intellect before the doctor, because he has studied medical science all his life.  He has treated numerous patients and has the benefit of rich experience.  So, he is immensely qualified to guide us from disease to wellness.

Similarly, the job of the Guru is to guide the souls from the state of material bondage to the enlightenment of God-realization.  It is for us to find such a Guru—understand divine wisdom from him/her and then follow those instructions, implementing the teachings.  Then we will receive the divine grace of God, which again will come through the Guru, and help us complete this journey.

So far over the Life Transformation Challenge series, it has indeed been a tremendous pleasure and fulfillment learning these secrets of Vedic knowledge.  On the 21st day—at the culmination of the series, let us offer our prayers at the feet of Radha Krishna to bless us all with success in our journey to the ultimate goal of divine perfection.