How to Resist Desires?

Day-5 LTP Challenge: Think of one thing in which you would like to exercise self-control. 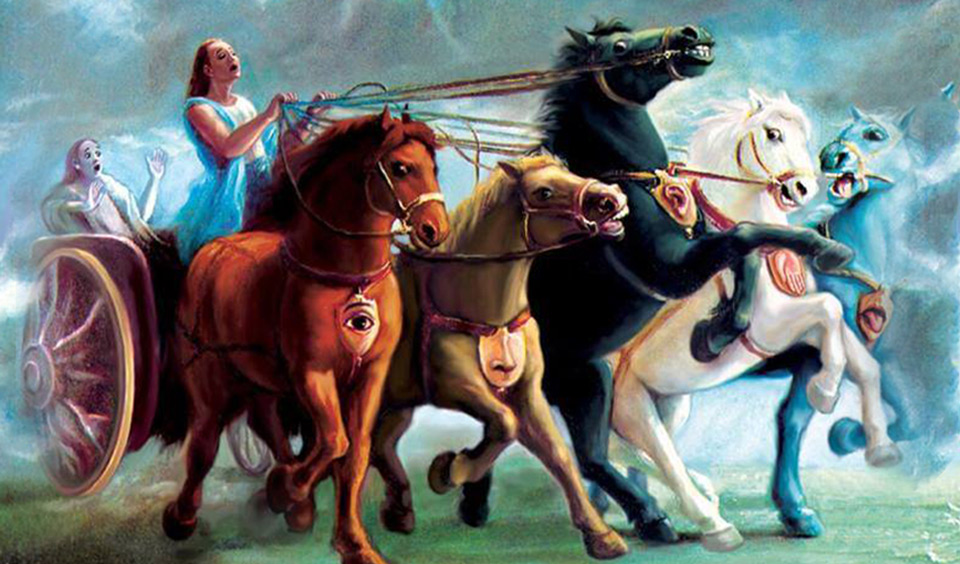 The senses are notorious in their ability to drag the mind deeper into material illusion. They tempt the living being to seek immediate gratification.  However, walking the path of virtue requires forsaking the lower sensual pleasures for achieving the higher goal.  Thus, restraint of the senses is an essential virtue for success in any field.

The five senses, i.e. sight, sound, touch, taste, and smell are embedded in our body through which we experience the world around us.  They are necessary, but if they become uncontrolled, they can trip even the most noble of efforts.  These senses desire their objects, and we rush to fulfil our desires.  The problem is these desires of the senses are like a fire that we are trying to douse by pouring ghee on it.  For a moment, they seem to have gotten quenched, but then they arise with doubled intensity.

The nature of the senses can be easily understood by an interesting story from the Shreemad Bhagavatam of Sage Saubhari.  Sage Saubhari was one of the most intense renunciants in history.  He used to sit in “jal-samadhi” on the bottom of the river Yamuna.  However, once he saw two fish mating, which disturbed his mind.  He came out of the river renouncing his samadhi with the desire to marry and sought to fulfil it.  As he was dwelling nearby the kingdom of Mandhata, he went to the king and said, “I wish to marry.  Please give the hand of one of your daughters in marriage to me.”  Mandhata had 50 daughters.  He shrugged and thought, “Will I ruin the life of one of my daughters by marrying her to this emaciated, old sadhu?”

So, Mandhata played a trick.  He said, “Oh sage, I will bring all my daughters before you.  Whoever selects you, you can marry her.”  Mandhata thought none would select him.  However, Saubhari understood the trick.  He said, “All right, King.  We will do this tomorrow.”  The next day, by virtue of his yogic strength, Saubhari made himself extremely handsome.  Upon appearing before the court of the king and the princesses, they all selected him and each one expressed, “Father, please marry me to him.”

Mandhata was bound by his words and was obliged to marry all 50 of his daughters to the sage.  Mandhata was worried as to how the sage would live with all of them.  But Saubhari was such an amazing yogi—by his yogic power, he created 50 forms of his, manifested 50 palaces, and lived with each of them.  From each of his wives, he had ten children and those ten children further had ten children until a whole city got established.  After thousands of years that had gone by, Saubhari introspected and realized the absurd state that he had reached.

He exclaimed, “Oh human being, look at my ruin.  What ability do you have to enjoy the pleasures of the senses?  I strived with “yog bal” (yogic power), but there was no end to it.”  Hence, the nature of the desires of the senses is such that they are momentarily subdued when we strive to quench them, only to come back with greater intensity.

Thus, sensual desires are not eliminated by their fulfilment, rather they are eliminated by self-control and will power.  The way out these desires is to learn to hold them in check.  That is why on this fifth day of Life Transformation Challenge, I would like to recommend the tool of shunning temptation.

Remember, these desires seem insignificant initially but can consume one if left ungoverned.  For example, when a person took his first peg of alcohol, he never thought the day would come when it would grip his mind so strongly that he would not be able to live without it.  Similarly, when a lady first took her puff, she did not ever think the day would come when she would become a chain smoker.  But those little desires, when fulfilled again and again, gripped the mind so strongly, that they practically shackled it in iron chains.

Consider the story of the huge sequoia trees in California.  One beetle made its home in one of these tall trees.  One may wonder, “What was one little beetle against this huge 300-feet tree?”  But soon the beetle laid eggs, and there were 50 beetles squirming around.  Fifty beetles against this tree was a grossly unequal battle.  But they further multiplied until there were thousands, and then tens and thousands of those insects.  And before long, they had nibbled the life out of the tree and dropped the huge sequoia to the ground.

Similarly, when we indulge in the pleasures of the senses, we don’t realize that the same activity, if repeated, again and again, can lead to the downfall of our life.  That is why it is important to check temptation at the first instance and keep the senses in restraint.  These are like the horses that need to be controlled.  Let us practice the control with this knowledge that the sensual desires are not eliminated by their fulfillment, rather are eliminated by self-control.

Let this be the wisdom and the practice that we try to implement. We shall continue this journey of life transformation with yet another self-improvement tool as we progress along.