Day-8 LTP Challenge:  What are you stressed about?  See how you can shift your focus from outcomes to efforts. 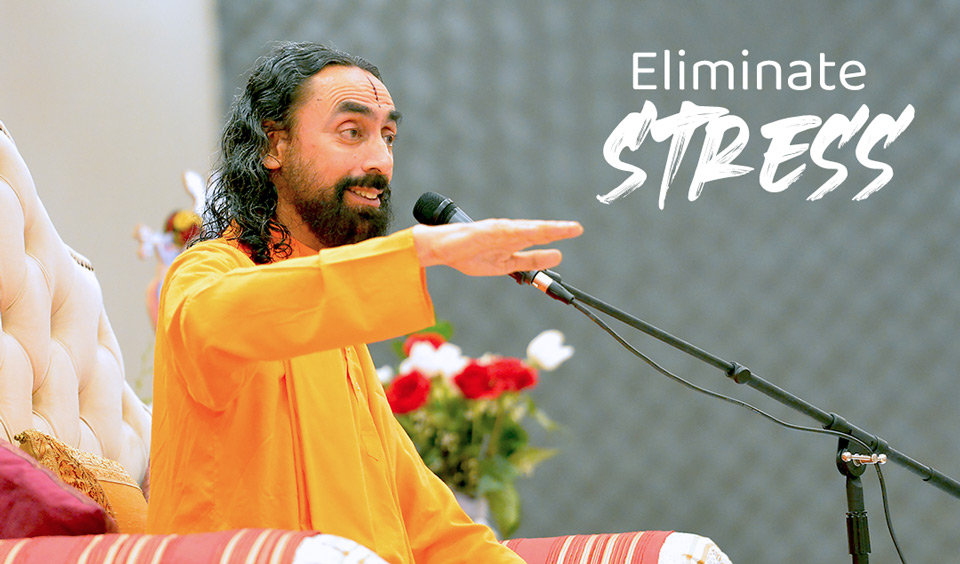 Stress has become a common phenomenon affecting us as a collective and on a personal level.  Although there is a plethora of stress-management techniques being practiced worldwide, they are insufficient in getting complete and long-term results.  This is because none of these remedies address the underlying reason why stress arises.   However, our Vedic philosophy gives the perfect solution to this problem.  The scripture tells us that the key to becoming stress-free is to learn the art of detachment while working.

Let us understand the benefits of detaching ourselves from the fruits of our efforts with an interesting story from the late 19th century.  John Rockefeller was the chairman of the Standard Oil Corporation.  One day, goods of the Standard Oil Corporation were to be transported by railroad from Houston to Chicago.  On that day, he had a business decision to make regarding whether to get them insured or not.  Since the insurance for the goods would have cost USD 150, Rockefeller decided to save the money and sent the goods uninsured.  Once the train left Houston station, he got the news that a storm had developed on the way which left him feeling anxious.  He then decided to use his clout to his benefit.

He approached the Insurance Corporation, but they had closed their office for the day.  However, using his influence he forced them to open it and by midnight he got the insurance from that office.  But next morning he got the news that the train had reached intact to Chicago.  Upon knowing this, Rockefeller realized he had spent USD 150 in vain.  This thought had created so much of stress on him that he was pacing up and down in his office room.  That stress had its effects on his health and the doctors warned him that if he continued this lifestyle, he would not live for more than three years.  Upon hearing this, Rockefeller decided to make a change in his lifestyle and subsequently established the “Rockefeller Foundation,” which did tremendous charity work around the world.

As said earlier, this story is from the 19th century, but now we are in the 21st century, when stress has become ubiquitous.  It is also often called the “Executive’s Disease” because executives are more vulnerable to it.  Now, what is the solution to stress?  A number of remedies are touted for stress management including yoga, tai chi, walking, swimming etc.  While all these are good, they do not strike at the root cause of stress.  Why does stress arise in us?  Stress develops when we are attached to a particular outcome and are worried that things may not turn out as we desire.

Not only executives, rather everyone is experiencing this sort of stress nowadays.  A student once said, “My final exam is three months away and I am experiencing immense anxiety.”  When he was asked, “Why is it so?  Because you have to work so hard?”  He said, “Yes.”  If we analyze this closely, we will find that is not the case.  He can work from morning till night, and he will experience no tension.  The cause of his anxiety is not the hard work, but the investment in the outcome.

The Bhagavad Gita gave us the wonderful philosophy of avoiding stress more than 5000 years ago.  Lord Krishna said to Arjun:

You have a right to perform your prescribed duties, but you are not entitled to the fruits of your actions. Never consider yourself to be the cause of the results of your activities, nor be attached to inaction.

Consider an example — An accomplished school teacher had 40 students in her class.  Her work was exemplary, and she had been recognized by the state for being a good teacher.  Though she could manage 40 students in the school without any stress, she experienced tremendous agitation and anxiety while attending to her two kids at home.  One may wonder why that is.   Her anxiety at home was due to her attachment to the outcome of her own children.

If we can learn to detach ourselves from the results, our mind will become free and with that free mind, we will be able to put in our best efforts.  Our endeavors and efforts are ultimately all that is in our hands, not the results.   Now, many may argue that we live in an immensely competitive professional environment and if we are not attached to results, we will lose our competitive edge.  But this perception is incorrect.

Let us consider another example.  There is a surgeon and he is amongst the best surgeons in the city who has conducted 5,000 surgeries till date.  But his son has suffered an appendix burst and requires immediate surgery.  He calls his friend, “Please come and perform operation on my son.”  When his friend asks the surgeon, “But you are an accomplished surgeon.  Why don’t you operate on your child?”  The renowned doctor replies, “No, I am attached.  I will get nervous and not be able to function at my best.”

The philosophy of work as stated in the Bhagavad Gita thousands of years ago is, “Focus on your efforts, bring all your faculties to bear, to put in your best but leave the results in the hands of God.”  This applies to every realm of our activity including life transformation.

Always remember—the efforts are in your hands but leave the results in the hands of God.  We shall continue this journey on the ninth day of our Life Transformation Challenge.