Why should you offer food to God before eating?

The food is cooked with the consciousness that it is for the pleasure of God and not for the sole purpose of gratifying our taste buds.

Nav:Home/blog/spirituality/Why should you offer food to God before eating? 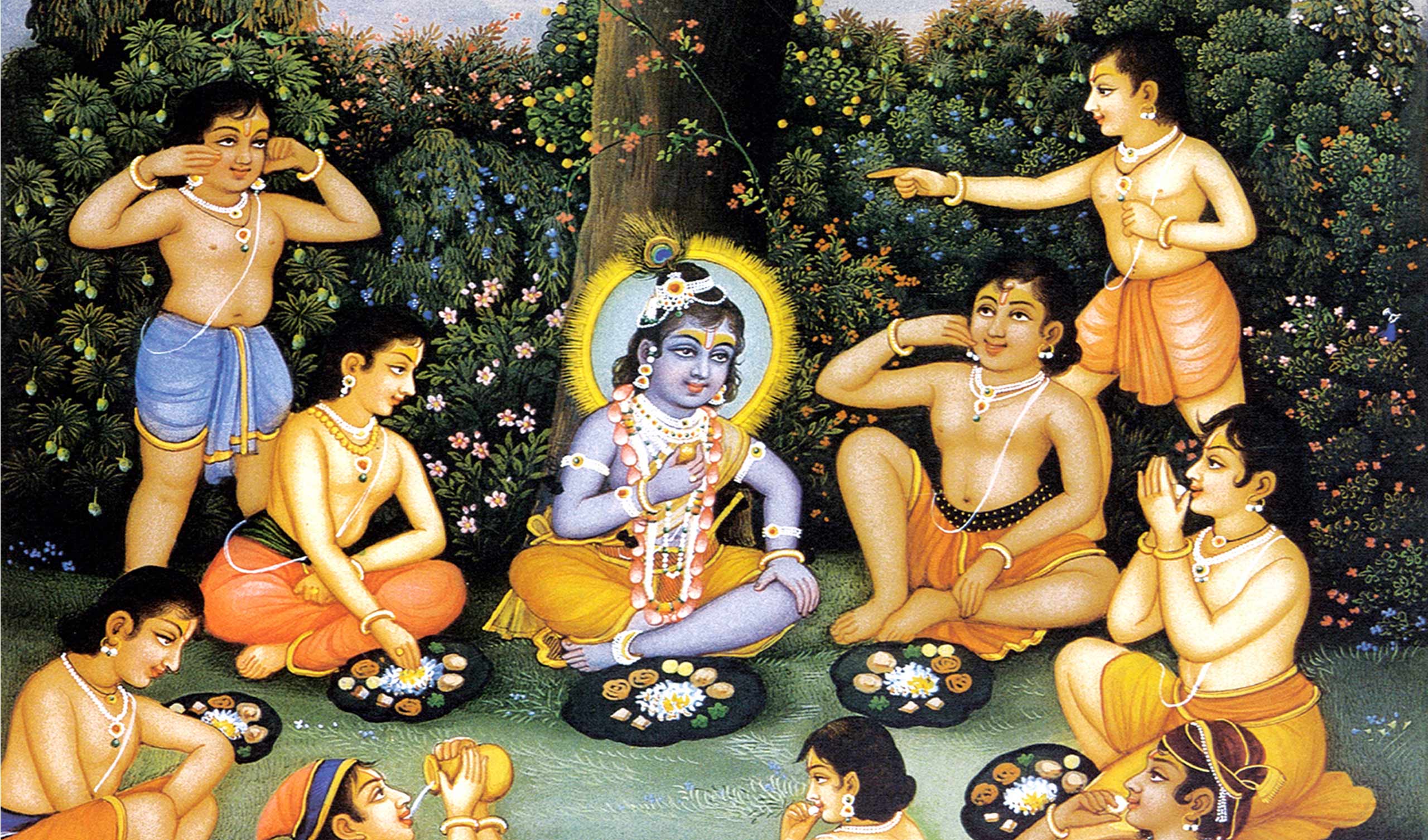 In the Vedic tradition, many people make prayers and offer food to God before eating. The food is cooked with the consciousness that it is for the pleasure of God and not for the sole purpose of gratifying our taste buds. A portion of the food items is then put in a plate and a verbal or mental prayer is made for the Lord to come and eat it. After the offering, the food on the plate is considered prasād and is accepted as God’s grace.

The spiritually-minded, who eat food that is first offered in sacrifice, are released from all kinds of sin. Others, who cook food for their own enjoyment, verily eat only sin.

Other religious traditions follow similar customs. Christianity has the sacrament of the Eucharist, where bread and wine are consecrated and then partaken. It is simple, whatever we eat has to be first offered to God.  Eating food offered to God changes our consciousness. It not only nourishes the body it also nourishes our soul.

The question may arise whether we can offer non-vegetarian items to God and then accept the remnants as his prasād. The answer to this question is that the Vedas prescribe a vegetarian diet for humans, which includes grains, pulses and beans, vegetables, fruits, dairy products, etc.

Apart from the Vedic culture, many spiritually evolved souls in the history of all cultures around the world also rejected a non-vegetarian diet that makes the stomach a graveyard for animals. Even though many of them were born in meat-eating families, they gravitated to a vegetarian lifestyle as they advanced on the path of spirituality.

According to Leonardo da Vinci:

Truly man is the king of beasts, for his brutality exceeds them. We live by the death of others. We are burial places! I have since an early age abjured the use of meat…

In fact, in the Bhagavad Gita Shree Krishna goes a step further and states that even vegetation contains life, and if we eat it for our own sense enjoyment, we get bound in the karmic reactions of destroying life. However, if we eat food as remnants of sacrifice offered to God, then the consciousness changes. We then look at our body as the property of God, which has been put under our care for his service. And we partake of permitted food, as his grace, with the intention that it will nourish the body.

We understand how food affects our body but we often overlook its impact on the mind.  Vedas say, what we eat is what our body and mind are made of.

Very nice! Another opportunity to remember god daily and thank him for giving us food.